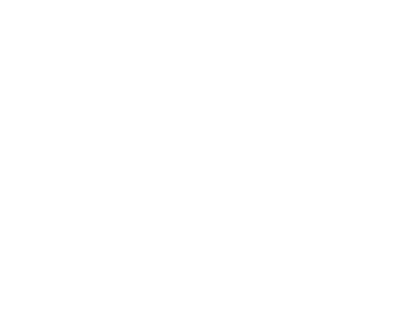 Here’s an interesting quiz: which refrigerator company competed at LeMans? If you know the answer to this one, you do have a handle on automotive history because it represents a very minor branch of a much larger performance story that led to the vaunted Frazer-Nash of the 1920s to 40s, a competitive sports car, designed by Pininfarina and the Nash Motor Car Co., a consortium that included Kelvinator.

So, if you answered Kelvinator, you do know your auto history. They worked with, and later took over the Nash Motor Car Co., producing America’s first true two-seat econocar, the Nash Metro. Later, under the leadership of George Romney, Nash and Rambler – another property – were spun off to become American Motors. That’s why Nashes of the late 1950s sported the name Nash Rambler. Indeed, before 1958, they also bore the distinctive styling that originated with the Nash-Healy. Where the Nash-Healy was a small, nimble sports machine, the Nash-Ramblers that followed were massive with hugely rounded lines, blocky doors and roof lines and fenders that more resembled blimps that sleek car parts.

Indeed, the Nash-Rambler line featured huge inset headlights, fared into the grille, large bulbous fenders that flowed back through the doors and quarter and sail panels and rounded rear ends. The Nashes of that era were quite interesting and quite massive. That’s not to say Romney and company weren’t working at cleaning things up, as they were and the result was the first of the sleek Rambler Custom 6s that featured a slightly swept grille and front end, quad headlights that were fared into the front fenders and front fenders and a hood whose lines actually were smooth all the way across. These vehicles were very basic and clean in their lines as the front fenders swept back carrying the same line through the rear fins and featuring a very interesting rounded trunklid that was out of character with the rest of the design (Nash parts bin stuff). And, it featured fins at the top of the rear quarters. The fins seemed out of character with the more fluid lines that carried through the greenhouse then swept up into these huge pointy fins. Though, pardon the pun, they looked finny, they were not as the lines would have been much better served had the automaker used a slight rise rather than fins that could dent house shingles (there was one that did once). The fins were to last through 1959.

By now, Romney was busily making his runs for president so the fate of the company was in other hands and it did enjoy some success as the small-car company as the Metro morphed into the Rambler American and still sported nice lines and a small footprint. The rest of the line morphed into a series of pleasantly styled rounded front end vehicles that featured bright front grilles and single and quad headlights, depending on the model. The line held its own in the economy sphere, but this was the time when the rest of the industry was moving toward performance with a capital “PERF.” In this arena, AMC, as the company was now known and which had also wanted to be known as the economy car company, was nowhere to be found. Its vehicles were nice, but not nasty and that was what the buying public craved. They wanted cars like the 64 Chevy BelAire SS and its performance. Economy was not a watchword, at this time. Still, stodgy AMC persevered and, while many of its staffers really wanted performance machines, they had to deal with a management that still said economy.

Indeed, all of the excitement focused on its Jeep Division – brought into the fold by the merger with Kaiser-Willys, developer of the Jeep – and the Grand Wagoneer that appeared about 1967, along with the open, Wrangler-style Jeeps, their mechanically locking hubs and four-wheel-drive.

Still, there was nothing to get anyone’s blood boiling – nothing to set AMC apart and yet give it a piece of the rapidly burgeoning performance market, a market. It took some changes at the top for AMC to begin to shake the dust off and which made the automaker determined to crack that market. Chief among the changes was the addition of Dick Teague as design chief, who cut his teeth on the performance side of Chrysler in the early 1960s.

AMC’s entry into this market was the Javelin, produced from 1968 to 1974. It was the brainchild of design chief Teague, who, within a couple of years of his arrival in the hallowed halls of AMC, was making his mark.

It was not without a bit of difficulty that the Javelin was born. Under the leadership of Romney and survivor of the Nash, Rambler, Hudson merger of 1954 – George Mason – both wanted to set American Motors, as it was now called, off as the “small car” company – the economy guys. And, for a time, especially the Eisenhower recession of the late 1950s where car sales plummeted, they did quite well, coming in a strong fourth behind GM, Ford and Chrysler. Indeed, they were the primary beneficiaries of that recession, but that would only carry them so far.

Surviving the recession and seeing their sales just puttering along, the new head of AMC, Roy Abernathy, who took over so Romney could become a politico, gave Teague his head and within a couple of years the first of the Javelins were born. They weren’t small but they were fastbacks and their rounded lines pointed the way Teague was thinking as he dropped all the fins and unnecessary clutter from the early designs from 1964 to 1968 when the Pony Car wars were heating up and Teague and Abernathy wanted a piece of that market.

They went back to the drawing board with the Javelin and what emerged set automotive history as it was the only performance machine AMC made – the AMX – and it was small. Yes, they kept to the idea that AMC was to be the small car company so the Javelin was a small vehicle, sitting on about a 108-inch wheelbase.

It was to be a two-door hatchback with sweeping lines from a blacked-out grille through a slightly raked hoodline and on through a steeply rake windshield. From the A-pillar back, the hood began to sweep down toward the real hatchback with its large rear window and that was part of the trunklid.

The Javelins that were developed featured sides that were sleeker than anything seen from AMC’s design shops before as they were not only somewhat stylish with a mid-line beltline and front fenders that swept almost as a single unit back to through the doors to the rear quarters and sail panels. There was some rounding in these lines but that was the extent of the extraneous design pieces. The lines carried through the sail panels and out through those rear quarters to a nicely finished rear end. The end result, the Javelin, was a direct challenge to the Ford Mustang.

This was about as far as it went under Abernathy who, as a survivor of the Kaiser and Packard sinkings, could only think in terms of competing with the Big 3 and that’s what he wanted to do, so resources were diverted as AMC developed an Ambassador for the luxury crowd and a Marlin for the more performance-oriented. The Javelin just puttered in the background, waiting for the fault to slip and the quake to drive Abernathy from the catbird’s seat. That happened around 1968 and Teague was given his head again as Roy Chapin, described as a real performance guy, saw the potential in the Javelin and put some muscle into the development of a real Pony Car.

Starting in 1968, AMC really ramped up the Javelin development as it wanted a quick car as fast as possible and believe it or not by 1968, a very competitive Pony Car was born. That Javelin with its 315 horsepower and solid 8-second 0 to 60 runs with quarter-mile speeds of 101 mph sold 70,000, including the 2,500 that had to be homolgated so the line could race in the TransAm Series. The 380-cubic-inch engined vehicle topped out with its 68 sales performance as sales slipped in 69 and 70 to 30,000. Interestingly, those were to be among the best years for the vehicle whose name now the Javelin SST and which was consistently either beating or finishing right behind the Ford Mustang in the T/A Series. Indeed, by 1970, the new Javelin, a lightweight in a world of heavyweight TransAm vehicles, was winning its share of races and gaining on Ford.

It had to so because it had all the advantages including about a 500-pound weight differential and better horsepower-to-weight ratio. Its 380-cubic-inch big-block and its 315 horsepower output were serious and when combined with the lighter-weight body of the 1969-1970 Javelin, the advantage was definitely in AMC’s corner. The big change for these years – and most noticeable – was the huge dummy hood scoop that gave it a really “bad boy” look.

It had the lines that also made it look like a competitor as it seemed to sweep up from the small cross-section front end through the hood scoop and then on through the almost wedge-shaped body that had its peak at the A-pillar and swept on back through a now B-pillarless mid-section. The lines were sweeping and clean and the performance was there, even as the other manufacturers were beginning to cut back on the output of the T/A models. The now AMC Javelin AMX or SST still had 315 horses under the hood. It also had great lines and a performance-tuned suspension. Indeed, Mark Donahue, famed driver, put his name on the series in 1970 as he stormed around the T/A circuit,winning his share of races.

The 1970 facelift was minor compared to the facelift of 1971 where the line moved from being the “little pony car that could” to the mid-sized Pony Car that could, just as the Pony Car wars were over. The 1971 restyle brought a bright grille and bright surrounds for the sharply demarcated headlights. The foglamps were also set off as were the turn signals.

Perhaps the biggest change was the larger packaging as the now two-model line – AMX and SST – featured a valance that was actually an air induction system of sorts. From the side, the biggest change was the loss of the nice, smooth lines and the change to bulkier wheel wells, making this the biggest model of the series. It also sported the largest engine as the 380 was bored out to about 401 cubic inches and was now cranking out 360 horsepower – there was a base 245 horsepower powerplant available, too. Donahue, by the end of these changes in 1974 was tearing up the T/A circuit with AMCs.

By 1974, emissions were beginning to strangle the performance and mileage out of large V-8s and the 401 that was included in the 74 was a far cry from the lightweight screamers of the late 60s. In 1974, the average 0 to 60 on the Javelin was 8 seconds and the quarter was about 101. This was something the smaller, lighter Javelin passed easily in 1968 with a 343-cubic-inch engine. It just shows how much the emissions rules and larger size turned the Javelin into a much tamer machine.

It was so tame, in fact, that in 1974, the line was dropped in favor of the gumdrop-lines of the Pacer.