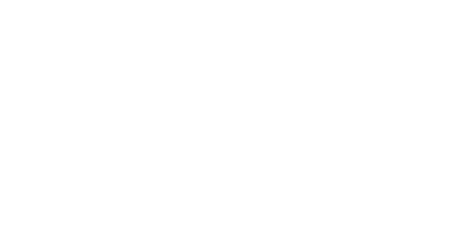 If there is one thing that Virgil Exner’s departure from Chrysler Corp. left indelibly inked on the minds of Mopar aficionados it is that the 1958 Dodge Custom Royal and its D-500 variant were cars that couldn’t make up their minds what they wanted to be when they grew up.

There were some good pieces to be sure. The longer, lower wider look that had dual quad had lamps in each front fender and which fared nicely with the rather longer hood overhang, but then there were the loops and counter-loops in the body as it worked its way back to the world’s tallest pair of fins (at least it seemed that way to an 8-year-old) at the time. Those fins, which were marked by three tiny brake lights that were tough to see, seemed to be designed in for their own sake, rather than as any part of an organic whole, but there they were, nonetheless. If there was a signature of an era it was those huge jet-style fins.

Mopar fans alleged they helped with side stability because ultimately the big block 361-cubic-inch V-8 engine that was stuffed into the engine bay pushed about 360 horsepower to the rear wheels, but it really would take a lot more than that dual four-barrel carb set up could crank out to really have any effect (a large wing might have had an effect but those fins were just Exner’s view of where he wanted Chrylser/DeSoto/Dodge to go. They really had no effect at all on ride or handling).

Indeed, the whole Custom Royal seemed to be mass of contradictions. For example, the fenders were nicely style and should have simply swept up to meet the A-pillar, and fenders were sculpted around the dual quad headlamps. Instead, the fender top circled back toward the front, leaving a second color oval that was outlined in a bright surround. This might have worked, if it wasn’t repeated at the rear. It leaves you with a feeling of “huh?”

What does work in Exner’s favor is the fact that the 122-inch wheelbase Custom Royal series was “longer, lower and wider” and the fact that there was really a gentle wedge-shaped outline made it obvious that someone, somewhere actually knew what he or she was doing as the vaguely outlined shape that culminated in those huge fins (they actually did come in handy at this point). Interestingly, the Custom Royal used a pillarless design for the B-pillar so that the roof was actually built up and supported by the rear sail panels and the A-pillar. (If you’re a DeSoto aficionado and this vehicle looks a bit like a DeSoto, it is as it shares the same chassis).

Performance turned the corner in the 58 Custom Royal as Chrysler opted for the “Super Red Ram” 250-cubic-inch V-8 for this full-sized vehicle. This engine was actually the basis of the great 413 Wedge of Dart fame and which was the grandfather of the real hemi. The standard powerplant for the Custom Royal was the big block V-8 that was throttled back to 300 horsepower due to the due to the standard four-barrel the same block was used with the deuce and the result was 250-horsepower.

Handling on the Custom Royal was enhanced with a new feature for 1958, front torsion bar suspension. Although the springs were still coil-over-shocks, the addition of the torsion bar took a lot of flex out of the chassis and kept the front wheels where they were supposed to be. It was a nice addition and put Chrysler in the forefront of suspension design. The rear suspension was a standard trailing arm and the rear springs were leaf.

The standard transmission was Chrysler’s three-speed TorqueFlite that was controlled by buttons on the upper left of the instrument panel.

When it debuted the Custom Royal was Chrysler’s answer to the other full-sized performance vehicles on the market, however, no one could have foreseen three-year market downturn that was about the run over the automotive market. When sales returned, the market was already moving downsized to the intermediate performance machine, such as the Dart.

The Custom Royal was a great and very innovative vehicle that did as well as it could in a tough market. The lessons it taught the rest of the Mopar design team were not lost when the market turned and performance moved to the intermediate space forever.