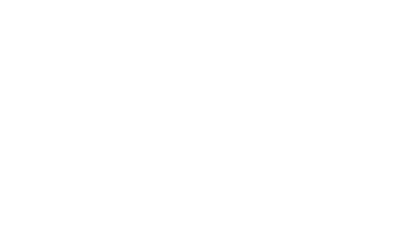 This was a year of big change for the Bonneville, a model that, up until this time, had been a limited production vehicle. Going from a limited-edition to a full production edition meant that Pontiac had another solid performer in its arsenal.

Offered in two models, a convertible and hardtop sport coupe, the Bonneville used Cadillac’s X-frame chassis as its basis. Caddy came up with a theory that if the cross-members were in X form, instead of the more standard ladder form, then there would be more body rigidity and they were right.

For example, the X-frame allowed Pontiac to use coil springs at all four wheels for better ride quality and more control, while, at the same time, enabling them to use a four-link A-frame rear suspension for better wheel placement and the automaker could still retain its standard two-link A-arm suspension up front. Caddy, by the way, was using semi-elliptical springs, which gave nice soft rides but which also meant that the handling wasn’t as crisp. Pontiac also used a shorter wheelbase.

All this meant is that the ride and handling of the 1958 Bonneville were quite good, given the materials of that era. In a way you could call it the beginning on Pontiac’s love-affair with “rally tuned suspensions,” a term they used liberally during the 1960s and which actually meant something because Pontiacs tended to ride more firmly and have more control through turns and corners than a lot of the competition.

If you were looking for performance from a Bonneville as Pontiac was not offering just one or two versions of its V-8 lineup but they were offering six versions from the standard four-barrel 370-cubic-inch that cranked out about 285 horsepower to a fuel-injected version of the engine that proved cranky and hard to maintain so very few were actually installed. Most people opted for the 300 horsepower “Tri-Power V-8.”

This was the year the Bonneville came into its own offering a chromed vertical grille that whose lower valance was actually the bumper. The hood featured a lip on which the “Bonneville” logo appeared and on either side were dual quad headlights. The hoodline itself was long and heavy and carried the Pontiac “hump” in the center that sloped quickly to the nicely fared front fenders. The line established by the fenders was carried through the body to the rear quarters. The quarters, themselves, were finished with a reverse curve that also could be ordered in an offsetting color.

Interestingly, for all the design themes set by the Bonneville, which was available with thee usual GM lineup of transmissions (three-speed manuals and two- and three-speed automatics), were good only for 1958 as the Bonneville was redone again for 1959 and used more of the corporate parts bin.