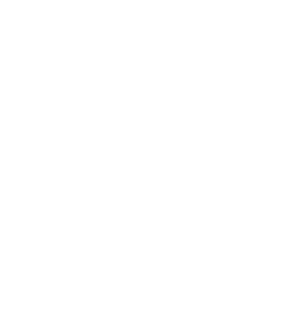 Sometimes automotive history is made quite unintentionally. Yes, it is true the Sports Car Club of America President John Bishop announced the TransAmerican Sedan Series in 1966, but it’s equally true that he probably never envisioned the rivalry it would spawn between automakers.

Indeed, the 1966-1970 era is the stuff of legend with Ford and Chevy skirting the rules to put their offerings out there and win. Wins not only gave them the prestige of winning a series that continues to the present day, but it also gave them the bragging rights on the winning vehicle for the next year.

For example, the first two years Ford campaigned its Boss 302 Mustang and it was the winner over its arch rival Chevy. The Boss had the first bragging rights, a situation that must have rubbed the folks at Chevy the wrong way in 1966 and 1967 because Chevy’s design team had decided to do something about it and the Chevy Camaro Z28 was born.

The Z28 was the baby of designer Vince Piggins whose mission was simple: get Chevrolet a performance image. It’s true the automaker already had the Corvette out there but that was considered a high-end specialty model that wasn’t primarily used to campaign around a race tour. Camaro was to be the vehicle of choice and Z28 was to be the subset that carried the performance banner.

The TransAm Series, as devised by the SCCA, was meant to showcase production model cars – vehicles that anyone could walk into a dealership and order and buy. The minimum production run had to be 1,000 cars before a vehicle could be considered for the TransAm. There were also two groupings in the series, Group I, vehicles with engines over 305 cubic-inches and Group II, vehicles with engines under 305 cubic inches. Ford’s Boss owned Group II for the first two years, an intolerable situation for the folks at Chevy.

Chevy had two problems, though: 1. it didn’t make enough specialty tourers in the Group II class to qualify, so it had to tweak some Group I vehicles to qualify and 2. the real Chevy challenger wasn’t really available just yet.

That challenger was to be the 1968 Camaro Z28. In short order, though, Chevy attacked the problem and was able to overcome the engine size issue by reslotting its five-bearing crankshaft from the small block 283 into what would be the 327 block and the reworked block came in at 302. Its nominal output was 290 horsepower with 290 pounds-feet of torque, but those who knew the team that would be campaigning the Z28 – Roger Penske (owner) and Mark Donahue (famed driver) – also knew that 290 wouldn’t be the last word in that proposition.

Instead, it was rumored – but never really proven – that the Z28s that were campaigned in 1968 and 1969 put out actual horsepower at the rear wheels of close to 400 brake horsepower. This was thanks to a large-throated (46mm or larger) four-barrel Holley carburetor and a working air intake linked to an oversized intake manifold. They were also said to use a huge duration cam profile of better than 346 degrees in duration along with a cast-iron head. Basically, the Z28 was an engine with a body attached.

Not that the design team didn’t work hard on the changes needed to make the Camaro Z28 into areal handler because it did and the results were forward-looking for the era. For example, among the changes that came out of the tweak work done was the addition of disc brakes up front and metallic drums in the rear, in early models, later models featured discs all around. The design team also went to the Chevy parts bin and pulled out the 15 X 6 Corvette wheel and surrounded it with a 15 X 7.75 tires for surer grip and handling.

Now Chevy was faced with a new problem, making enough cars to sell in showrooms. They solved this, as noted, by using standard Camaros and tweaking them so that they just squeezed under the SCCA rules. Indeed, these and later Z28s were called the closest cars a buyer could get to a Corvette.

The Z28 had its own unique style and that included a huge dual white racing strip setup on the rear decklid. It also had a working airdam up front and working spoiler. The 68 Z28 also featured a major restyle that set the lines for what was to come – until the L6 appeared in 1973 with its fastback-style body.

The 1968 Z38 featured a slightly angled front end that presented a very narrow cross-section to the wind. The mark of the 1968 front end was the two huge single lens headlights that were fared into left and right front end. They were set off by a dual bright-outline vertical grille design that was split down the middle by the Chevy logo. Looking at it from a side aspect, you can see the design team was striving for a wind-cheating rounded look and they achieved that and even managed to fare two fog lamps into the grille and its surround.

The Z28’s hood swept up from from a slight aerodynamically solid rounded lip to the raked and rounded A-pillar and windshield. The only design touch were three reverse lips that yielded three lines, but a rather device-free hood. The line established by the fenders was carried through the doors and one through the B-pillar to the rear of the vehicle. The rear quarters were plain, but rounded and aerodynamically sound. They greenhouse was subtly sloped to help cheat the wind and finished in a sloping rear window. The rear decklid, itself, aside from sporting the dual racing strips was short and was finished with an aerodynamically sound small lip that dropped straight down to the rear panel of the vehicle.

Altogether this was the vehicle that Chevy campaigned and which not only which helped to ignite the real “Pony Car Wars.” The taillight assembly was a set of straight red stoplights/turn signals.

For its time, the Z28 was a driver’s dream as it sported five-leaf rear springs and larger main bearings. It also sported, as noted, disc brakes all around which meant this vehicle could stop when others were waiting to use their one or two stops before their rear drums went into terminal fade.

All told, Chevy decided that this vehicle was really good enough for production because people wanted it and in 1968 produced just under 7,200. That number was to jump 275 percent to more than 19,000 in 1969 when the “Pony Car era” was at its height.